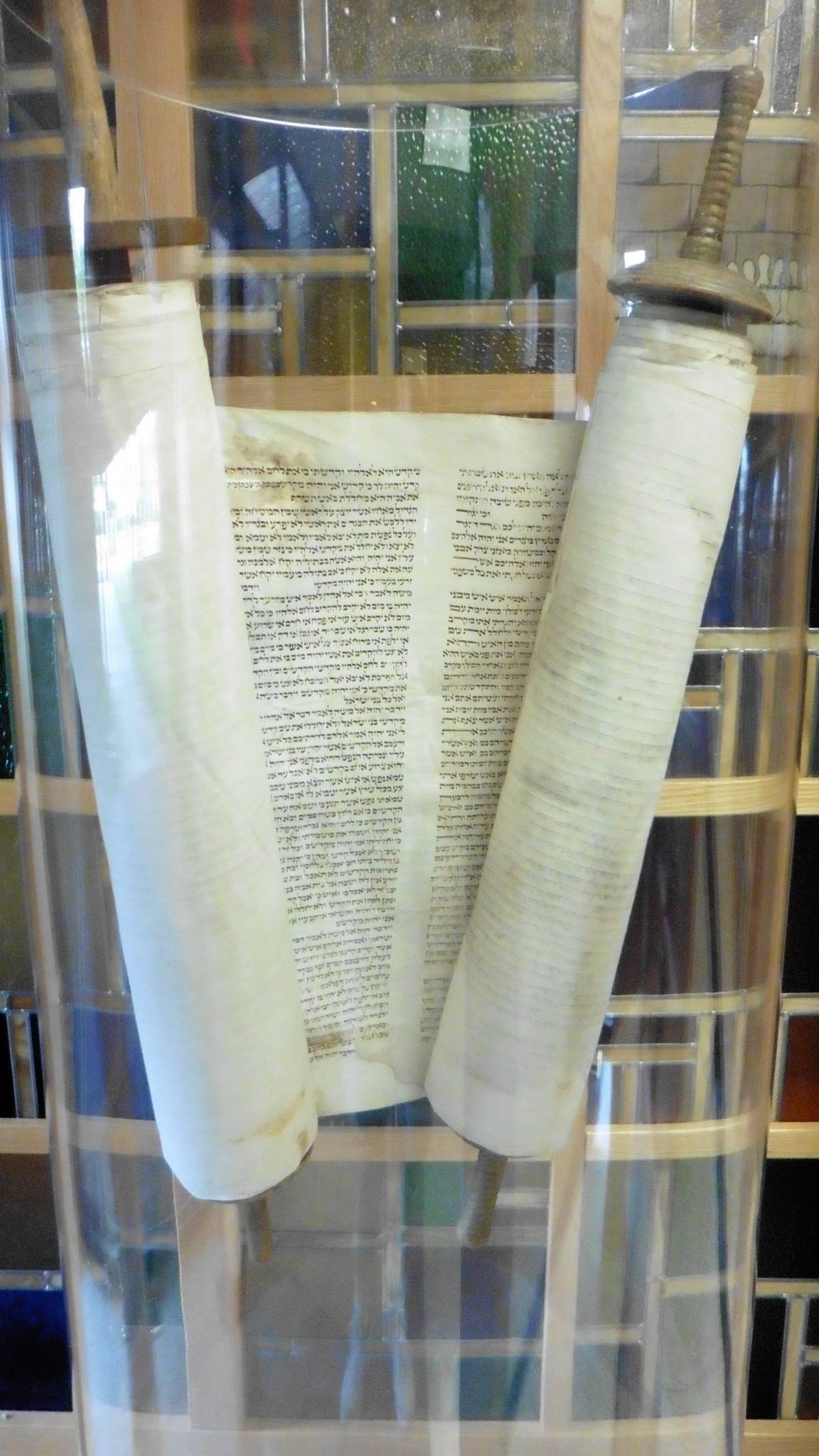 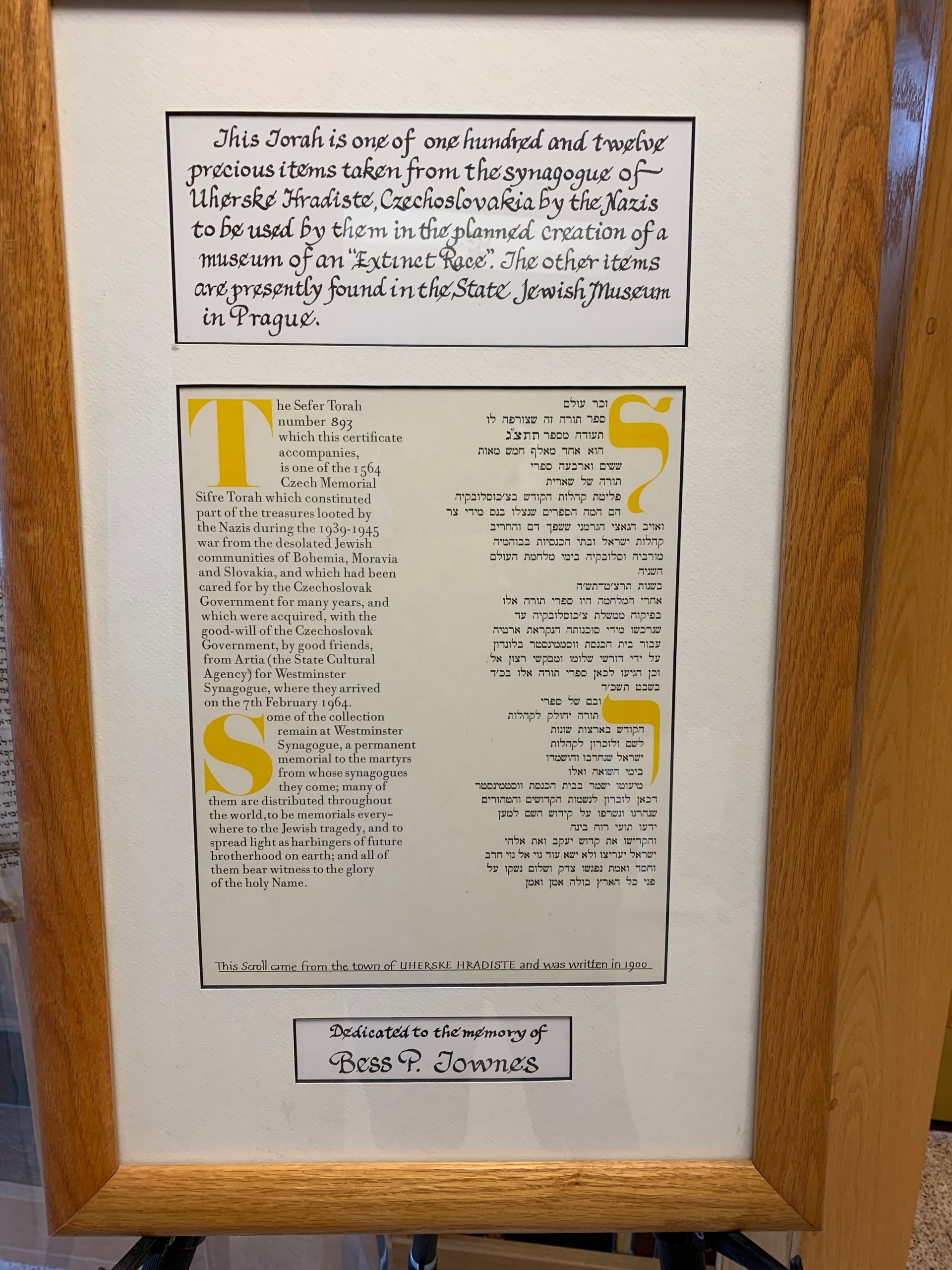 This Torah is one of one hundred and twelve precious items taken from the synagogue of Uherske Hradiste, Czechoslovakia by the Nazis to be used by them in the planned creation of a museum of an “Extinct Race”. The other items are presently found in the State Jewish Museum in Prague.

The Sefer Torah number 893, which this certificate accompanies, is one of the 1564 Chech Memorial Sifre Torah which constituted part of the treasures looted by the Nazis during the 1939-1945 war that destroyed Jewish communities of Bohemia, Moravia and Slovakia, and which had been cared for by the Czechoslovak Government, by good friends, from Artia (the State Cultural Agency) for Westminster Synagogue, where they arrived on the 7th February 1964. Some of the collection remain at Westminster Synagogue, a permanent memorial to the martyrs from whose synagogues they come; many of them are distributed throughout the world, to be memorials everywhere to the Jewish tragedy, and to spread light as harbingers of future brotherhood on earth; and all of them bear witness to the glory of the holy Name.